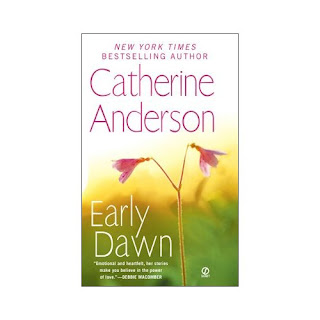 After breaking off their engagement, Eden Paxton’s fiancé spread enough rumors that she was forced out of San Francisco. Her pride bruised, a heartbroken Eden heads for the wilds of Colorado. But murderous outlaws cut the trip short when they kidnap Eden to sell her across the Mexican border.

Since a gang murdered his wife, Matthew Coulter cannot see a woman mistreated without rescuing her—and taking vengeance. So when he spots Eden with the ruffians, Matthew has little choice but to save her.

As they run for their lives, Eden recognizes a kind heart beneath Matthew’s rugged exterior. But she wonders which will win out: his obsession with revenge—or their growing passion for each other...
Posted by Barb at 10:22 PM 2 comments: 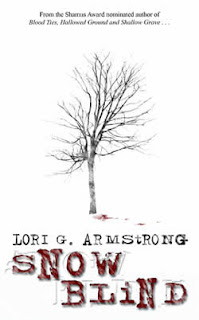 The frigid winter months are mighty slow in the PI biz for Julie Collins and her partner, Kevin Wells—until the duo is hired by a young woman to investigate problems at her grandfather’s assisted living facility, where they encounter lax security, unqualified healthcare personnel, and a shady senior volunteer organization.

Julie barely has time to delve deeper into the puzzling case before she reluctantly finds herself in an isolated cattle shelter on the Collins ranch with her father during a raging blizzard. There is no escape from her father or from the biting cold and bitter memories.

A missing hired ranch hand found dead on the ranch only complicates matters further. In trying to uncover the truth about the man'’s death, Julie is forced to wrestle with issues that make her question old wounds and new family loyalties.

Kevin'’s reckless involvement with their new client tests the bounds of professionalism, and Julie’'s relationship with Tony Martinez is strained, as he deals with power struggles within the Hombres organization, putting them both in jeopardy.

When the bodies and the snow pile up, Julie seems at odds with everyone, leaving her to wonder if she’s being blinded to the cold, hard truths in her life by love . . . or by hate.
Posted by Barb at 9:00 PM No comments: 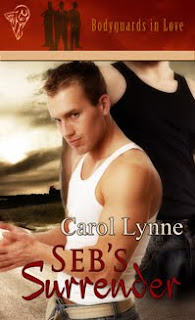 After a lifetime of abuse, Jared Grant was rescued by Brier Blackstone and taken to one of the safest places he knew, the bodyguard dormitory of the Three Partners Protection Agency. For the first time, Jared is surrounded by men whose job it is to protect, not hurt him.

One of his protectors, Sebastian James, knows a little something about abuse. Once a victim of abuse before he and his brother were taken from an abusive household and put into separate foster homes, Seb learned to harden his heart as a way of survival. Now, the soft spoken and scared Jared threatens the shell Seb spent years fortifying.

When Jared’s tormentor threatens him from jail, it’s up to Seb and the rest of the bodyguards to keep Jared safe until he can testify at his abuser’s trial. However, the close contact might be more than Seb’s hard shell can withstand.
Posted by Barb at 12:49 AM No comments: 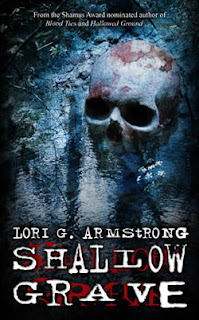 Surveillance on an insurance fraud case in Bear Butte County unfolds tragically for PI Julie Collins and her partner, Kevin Wells. The reappearance of a mysterious hole—cause of the fatal accident—brings about the landowner’s unsettling confession; bones were recently uncovered on that remote ridge. Fearing repercussions from their illegal off-season hunting, the hunters reburied the remains and kept quiet.

Now the hole is back, but the bones have vanished.

Were the bones part of an ancient Indian burial ground? Connected to the unsolved disappearance of a Native American woman? The overworked, understaffed sheriff asks for Julie’s help.

But the case opens old wounds, and she finds herself at odds with the Standing Elk family, discovering they withheld information from her in the months before Ben’s death. And Julie’s relationship with Tony Martinez hits a rough spot when she agrees to go undercover in his strip club.

On the wrong side of tribal politics, family disputes, and employee rivalries, Julie continues to dig for answers . . . while the personal stakes climb. In a brutal fight for her life, Julie finally comes face to face with her brother’s killer . . . and realizes not all deceptions run deep.
Posted by Barb at 9:59 AM No comments: 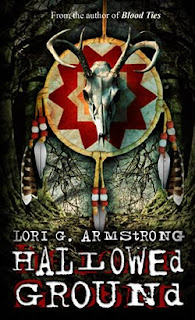 Grisly murders are rocking the small county of Bear Butte where Julie Collins has spent the last few months learning the PI biz without the guidance of her best friend and business partner, Kevin Wells. Enter dangerous, charismatic entrepreneur Tony Martinez, who convinces Julie to take a case involving a missing five-year-old Native American girl, the innocent pawn in her parents’ child custody dispute. Although skeptical about Martinez’ motives in hiring her and confused by her strange attraction to him, Julie nevertheless sees the opportunity to hone her investigative skills outside her office.

But something about the case doesn’t ring true. The girl’s father is foreman on the controversial new Indian casino under construction at the base of the sacred Mato Paha, and the girl’s mother is secretly working for a rival casino rumored to have ties to an east coast crime family. Local ranchers—including her father—a Lakota Holy group, and casino owners from nearby Deadwood are determined to stop the gaming facility from opening.

With the body count rising, the odds are stacked against Julie to discover the truth behind these hidden agendas before the murderer buries it forever. And when Julie unwittingly attracts the attention of the killer, she realizes no place is safe . . . not even hallowed ground.
Posted by Barb at 10:17 PM No comments: 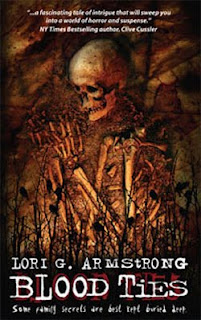 How far would someone go to serve…or protect them?

Julie Collins is stuck in a dead-end secretarial job with the Bear Butte County Sheriff’s office, and still grieving over the unsolved murder of her Lakota half-brother. Lack of public interest in finding his murderer or the killer of several other transient Native American men, has left Julie with a bone-deep cynicism she counters with tequila, cigarettes, and dangerous men. The one bright spot in her mundane life is the time she spends working part-time as a PI with her childhood friend, Kevin Wells.

When the body of a sixteen-year old white girl is discovered in nearby Rapid Creek, Julie believes this victim will receive the attention others were denied. Then she learns Kevin has been hired, mysteriously, to find out where the murdered girl spent her last few days. Julie finds herself drawn into the case against her better judgment, and discovers not only the ugly reality of the young girl’s tragic life and brutal death, but ties to her and Kevin’s past that she is increasingly reluctant to revisit.

On the surface the situation is eerily familiar. But the parallels end when Julie realizes some family secrets are best kept buried deep. Especially those serious enough to kill for.
Posted by Barb at 5:23 PM No comments:

It Takes a Thief Or Two by Sherrill Quinn 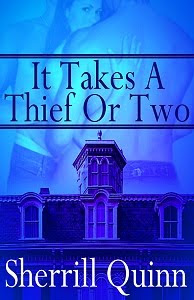 It Takes a Thief Or Two by Sherrill Quinn

Brock and Nick Phillips are security experts with a problem--their bond as twins enables them to feel what the other feels, even physical sensations. They've always known they'd have to share the same woman, and the woman they want is Jessica Norton.

With an encouraging grandma and the approving ghost of her grandfather, luck just might be on their side.
Posted by Barb at 8:50 PM No comments: