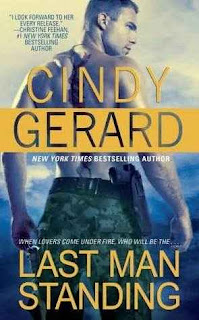 A deadly mission.
A thirst for revenge.
One headstrong alpha hero and one daring woman will settle the score.

Special operative Joe Green has gone vigilante. His mission, avenge his Black Ops.,Inc. brother's death during a bloody ambush years ago in Sierra Leone. He refuses to drag the BOI team or his lover, Stephanie Tompkins, into the hunt for the man responsible, so when he finds himself beaten, starving, and alone after being falsely imprisoned for the murder of a Freetown priest, he knows he's as good as dead.

Joe meant to protect Stephanie when he walked out on their relationship, but he can't stop her now from executing his escape. Breaking him out of prison is the easy part. After Joe's explosive theory pans out and his cunning enemy emerges as the front runner for a high level presidential appointment, he and Stephanie must race to derail the traitor's conspiracy if they are to save their loved ones, the nation and each other.
﻿
Posted by Barb at 1:43 PM No comments:

Tempted By Her Innocent Kiss by Maya Banks 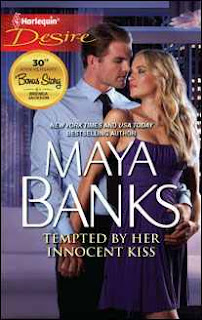 Devon Carter was her first; now Ashley wants their passion to last. But her dreams of true love are crushed by the discovery that their marriage is another of Daddy’s business deals. Her strategy: act the part of perfect wife and make Devon love her.

But Devon misses the bubbly, no-holds-barred woman his wife used to be. Who is this Ashley with the steely demeanor of a society wife? And will he find a way to rekindle the fire in her eyes...especially now that she's pregnant?﻿
Posted by Barb at 1:56 PM No comments: